What is Android Launcher?

As we all know, whenever you buy an Android mobile, it will be pre-installed with the Google Pixel launcher. You can see that these androids cannot work without a launcher. The launcher helps in the customization of your home screen and the catalog of all the apps available in your device.

Though the device is already ready with a google launcher, people will desire for a third-party launcher. It is because, unlike the google launcher, other launchers have the option to comprise the home page according to the user’s wish. They are available for a long time with beautiful features that can change the whole style and look of the device.

Here we have given the list of 12 best Android launchers  with their features and details among the hundreds of launchers available in the Play store.

It is one of the best launchers available in the Google play store, which can be downloaded for free. The launcher works fast, efficient, and lightweight. It has an option where the frequently used options can be seen in the top row of the app. It supports many best features along with customizing the dock and notification badges.

It has also got shortcuts for apps found in Android Nougat. In this launcher, you can customize and edit the icons of the apps. It is also available with a dark theme now. Another cool thing about this launcher is that this app gets updated every time to remove bugs and errors.

It has a Universal search feature that helps you search for any apps from one place. It can provide shortcuts for any apps on the home screen, and it can also customize the layouts, size of the app icons, etc.. Apart from its small size, it can efficiently work in Android without any useless setup options. 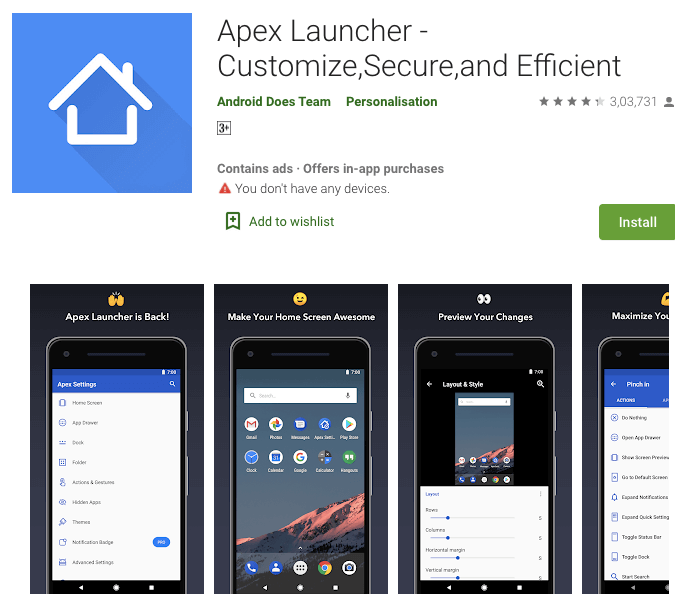 Apex launcher is found to have thousands of themes and icon packs and is regarded as the best launcher app. It is because it has a marvelous visual effect than other launcher apps. This light-weighted launcher is free to download in Play Store.

Unlike most of the launchers, it is apt for both Android and tablets. About nine home screens and hide apps can be added to this app. The apps can be sorted based on the title, use, and installation date. 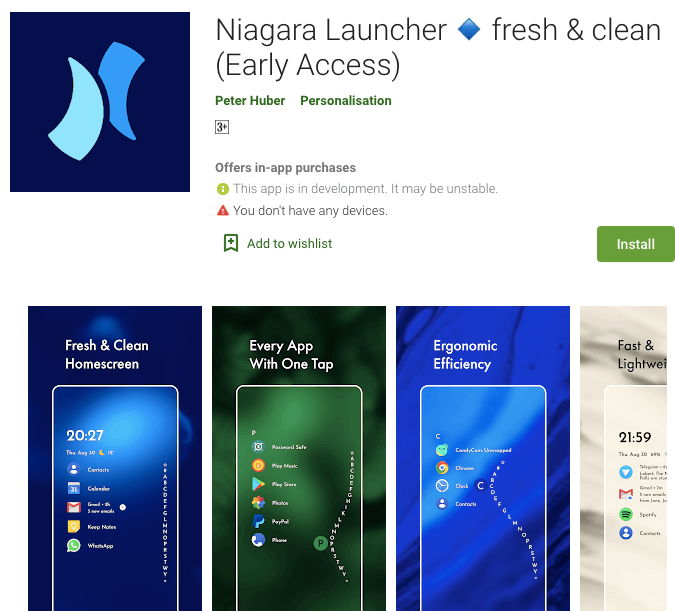 Niagara launcher would require only a little space by has unique and different home screen, and hence it is known as one of the best launcher apps. It has simple and practical features like where you can read messages in your home screen, hide apps, and the apps can be arranged in the title and frequent usage.

This launcher app is known for its lightweight and was the fastest android launch app developed. The sidebar in the app can divide the apps based on the category. You can select the frequently used apps to avoid the default pop up ads.

The theme color can be changed due to the ambient theme feature. The navigation bar can be hiding with the ultra-immersive mode to get more screen space. 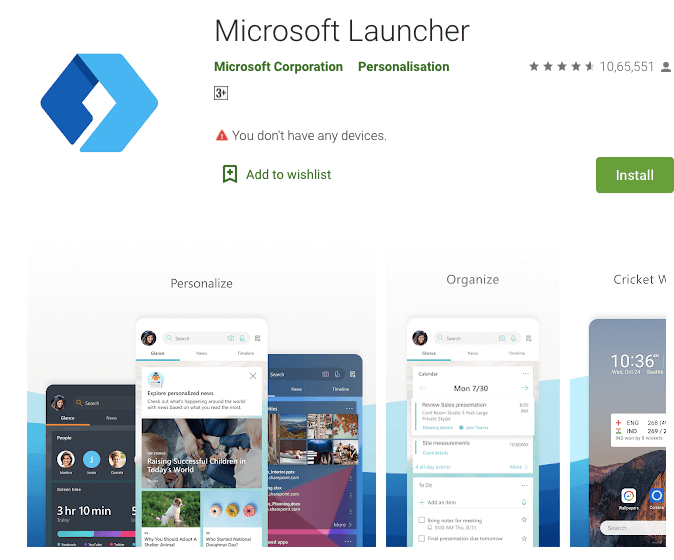 It is one of the best launcher app designed by Microsoft with cool features; the launcher app is known for its elegancy and speed. The wallpapers can be changed daily with the support of Bing. It has a recent panel to view the recently opened contacts or folders. It can sync with your entire Microsoft account, which makes it easy to get your personalization feed. 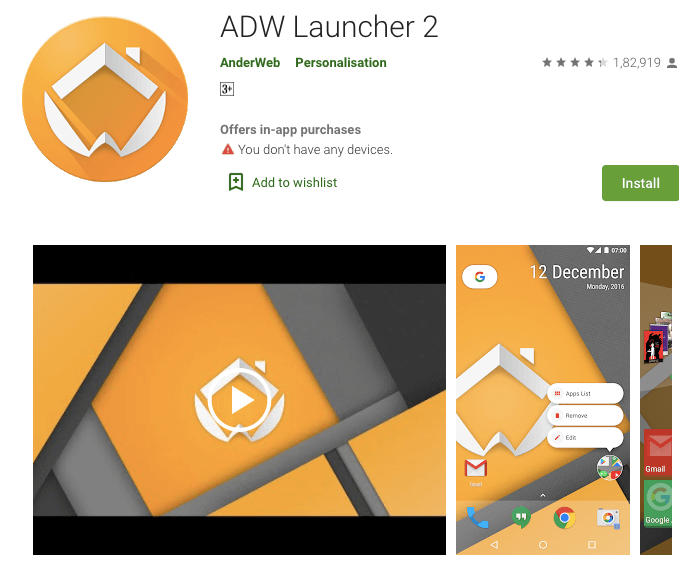 This launcher is best for its stability, speed, and efficiency and packed with numerous options. The interface color can be changed regarding the wallpaper due to the unique and cool feature. The other features are icon badges, app drawers, shortcuts, and transition animations. 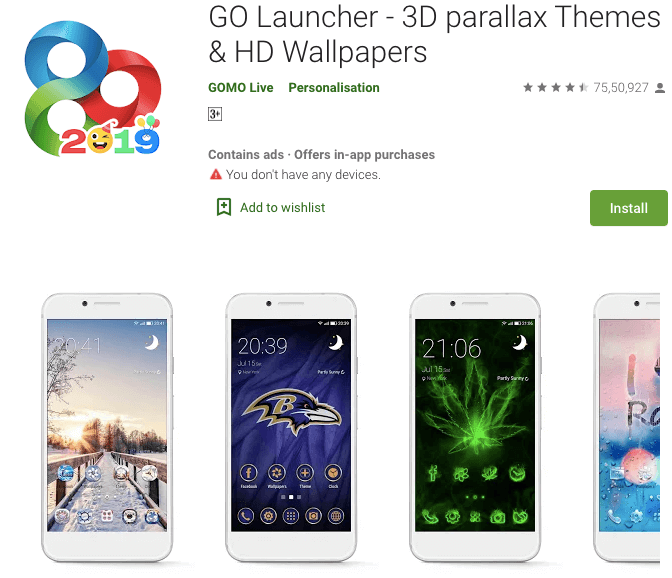 GO Launcher is known as the best launcher due to its variety of 3D parallax themes and HD wallpapers. It has the app widget to change the menu, home screen, and lock screen. The 3D engine running app can work rapidly and securely. 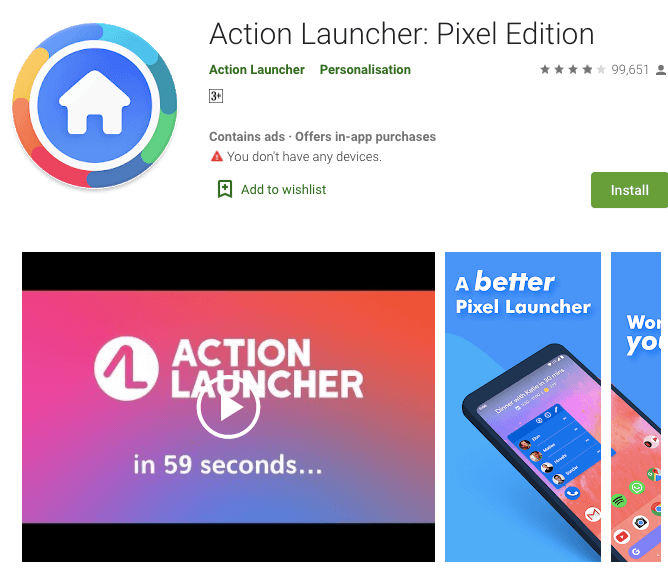 The best features of Android Pie and Pixie launcher is available in the Action Launcher. You can experience the best home screen with the availability of many customizing settings. The layouts can be imported from HTC Sense, Apex, Nova, and others. 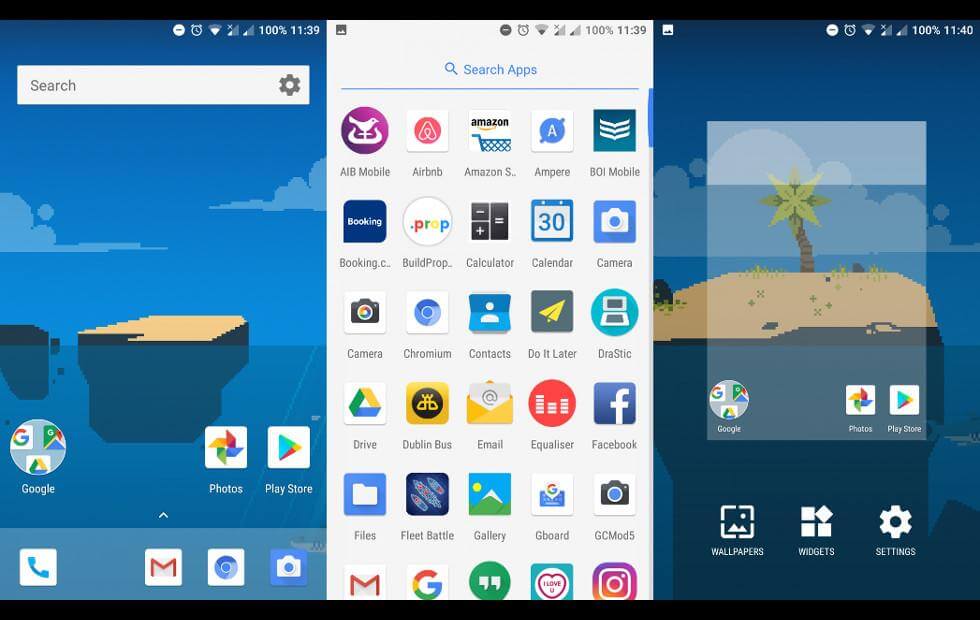 This launcher app is the best replacement of the default launcher, which is already installed in the device. Just with a right swipe on the home screen, the Google services such as Google Now cards can be added to the device. The google search bar can be managed within the home screen itself. The voice service is added for navigation. 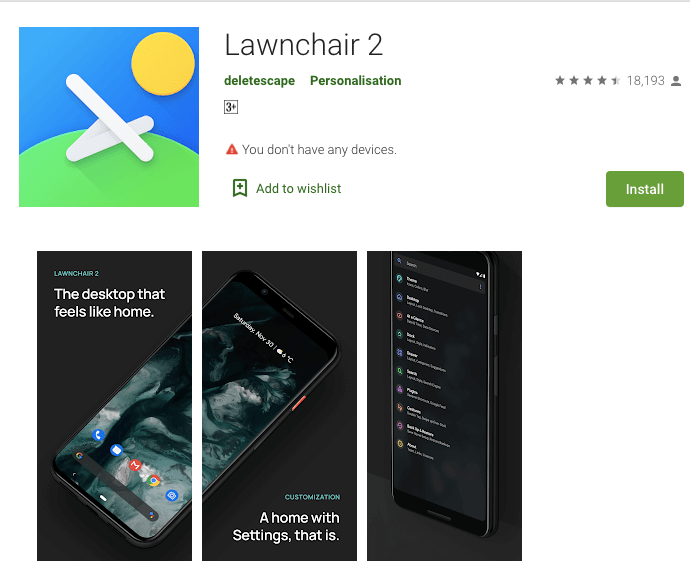 This launcher app can get the pixel feature to embed in your android device. The launcher app is provided with the open-source options, which consist of a list of features. The app gets updated regularly with new features by the development team. It has dock customization, and there are no ads for purchases. 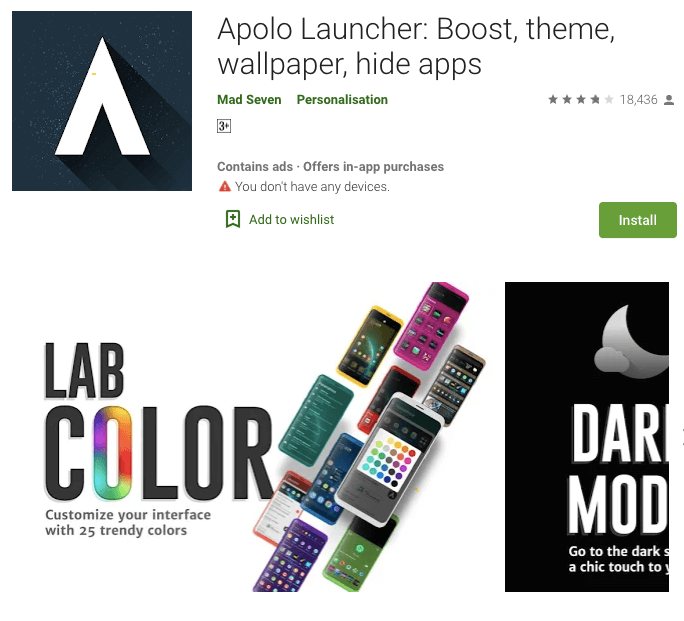 The unique feature in this launcher app is its innovative interface, which has no limited customization settings. It can change the screen by customizing the rows, columns, size, color, and others. It has a night mode option and can hide any apps which should be protected. It gives access to more than 35000 wallpapers. It can quickly boost up your RAM and change the homepage with your favorite theme.

These android launchers had an essential role in customizing the screen with endless options. The best thing is you can download these launchers for free, which are available in the google play store.  The launchers mentioned above are considered as the best launchers, and we will let you decide your launcher app regarding your style and wish.

What Is Financial Stability? Financial stability is a condition in which the mechanisms of the economy for pricing, allocating and...

Are you searching for the best web comic apps like Webtoon? In this blog by BloggingCoffe, we have brought the top webtoon alternatives for...

Programming is one of the latest career choices that many youths choose. Though it is an up-and-coming career option, there is a limited...