Text-to-speech converter apps help to convert the written text into a voice version. It is quite useful when you do not have time to read. You can sit back in your car and driving relaxed while listening to the essential texts. It helps a lot in many ways. However, these applications are good enough to make our life easier. Now, let’s know about these apps in detail. The detailed study will guide you to choose the right app for you. So, here they are: 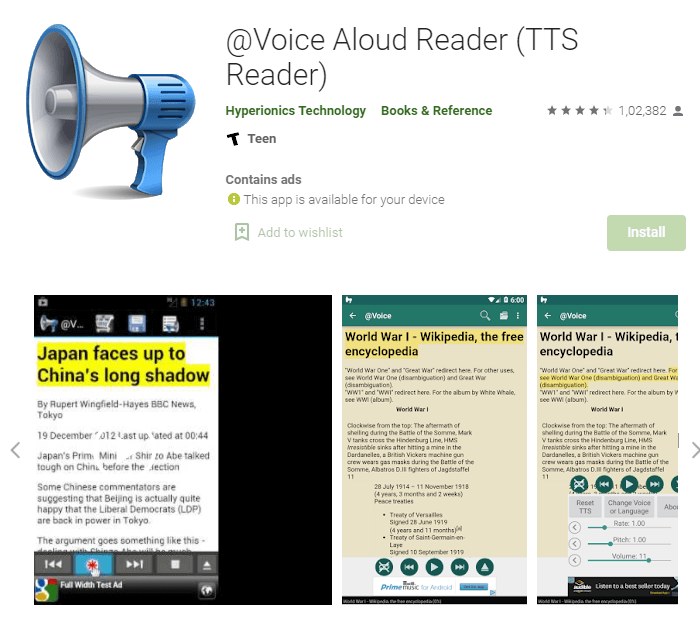 This special text to speech converter app is quite easy to use. You can listen to the texts through this app in various ways. You can share the contents of this app using the android share button. After sharing it will translate the text into audio. You can also get a chance to enjoy the audio version of the Facebook texts and tweets through this app. Also, this app has a feature for URLs as well. You can just paste the URL address into the app, and get the audio of it. The app reads directly from the PDFs and documents as well. For text to speech online converter free, this is one of the best choices. 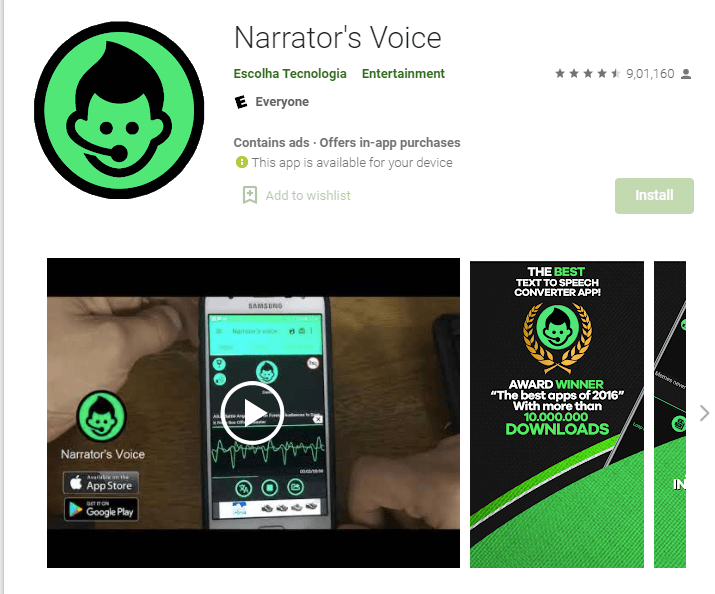 When it comes to free text to speech converter download, consider this. This can read text from multiple platforms like messages, websites, applications, etc. Also, it has amazing sound effects like echo, choir, gargle, etc. This free text to speech converter software lets you choose from a wide range of voices. From tech-friendly voices like Cortana, Siri to other different types of voices are available. In this application, you can add your text as well. With such useful features, it is widely used for voiceovers in video narrations, etc. 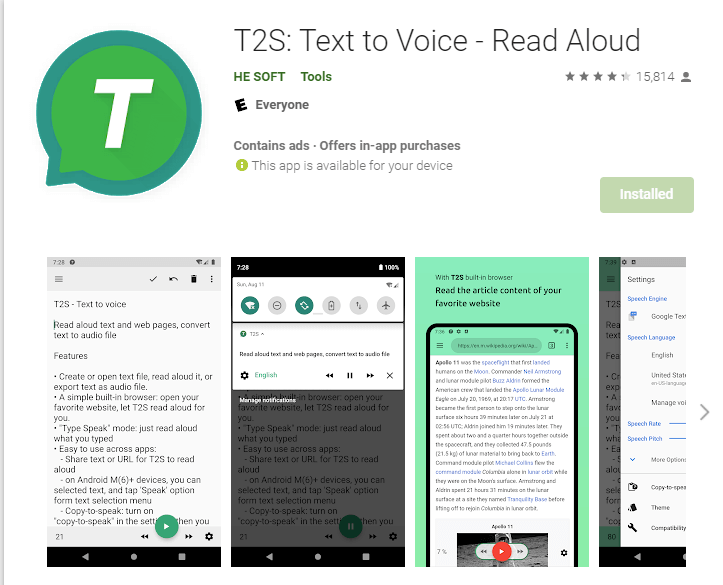 It has the most modern features among all of the text to audio converter apps. What makes it stand out from the crowd is its built-in web browser feature. You do not have to copy and paste the URLs. Instead, you can easily listen to it without any effort. It has the additional copy-to-speak feature as well. By pressing an onscreen pop-up button, you can easily listen to the copied text within moments. T2S also allows saving the readouts. You can also share them if you want. 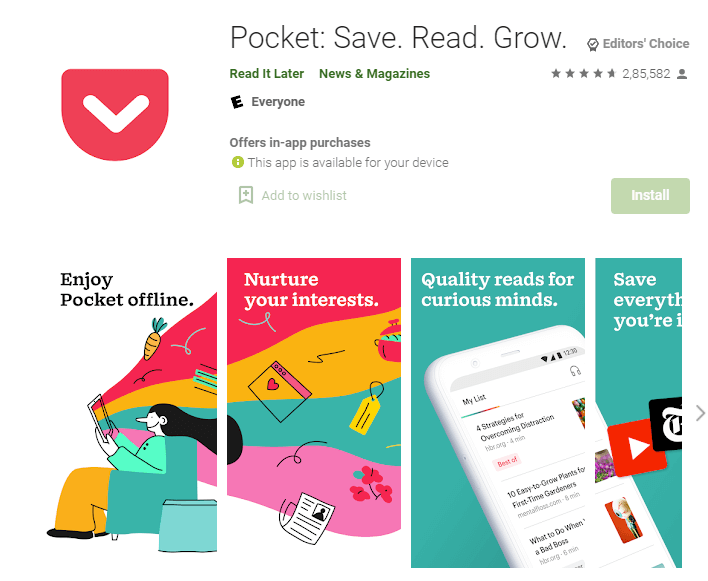 This is a popular app for reading articles offline. However, it has text to speech converter feature as well. It includes a wide range of voices and languages. You can easily adjust the pitch and speed in it. Background playback feature is available. So, you can listen to the texts while using other applications. You can listen to the texts offline as well. Therefore, it is quite useful for long journeys without the internet. 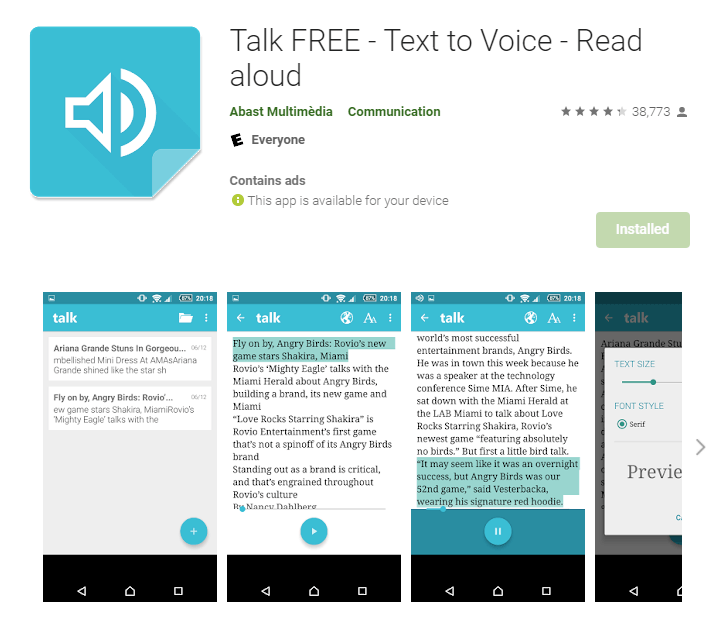 It is a good text to audio converter app with simple features. It can read the texts directly from the other third-party apps. It can also import the website pages directly from your phone’s browser. This app allows you to save the audio files offline for later use. Well, Talk Free depends upon the text-to-speech engine of your phone. Often, the android devices have pre-existing Google TTS engine. Talk free takes help of it. The main benefit of using Google’s TTS engine is the accessibility of lots of languages. Talk free is compatible with the languages Google offer. 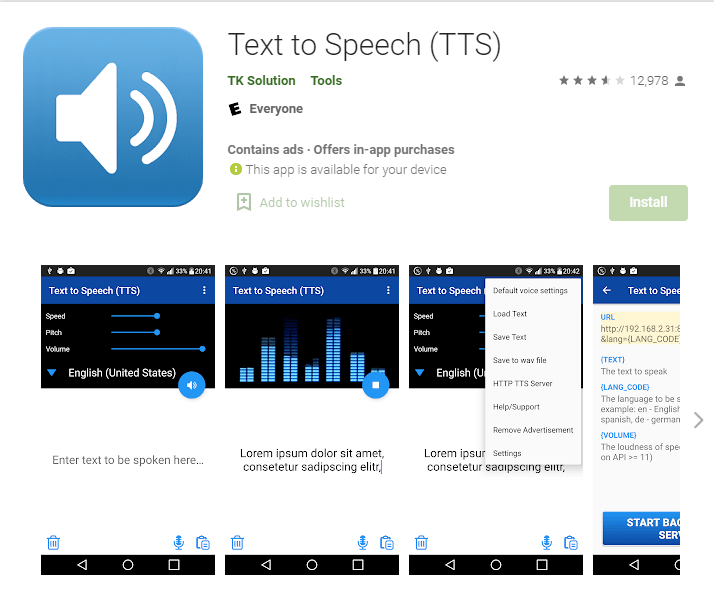 It is one of the popular text to speech converter apps. Most of the features are quite useful including the movable WAV files. You can easily export the WAV files. Here you can write your text for the app to read it. This text to audio app supports a wide range of languages. It also has a unique feature of voice input. You can just use the microphone button to speak. Then you can listen to it later. Well, some of the users do not like the way it occupies the large space on top of the screen. However, it is important to at the positive aspects more rather than the minor drawbacks. 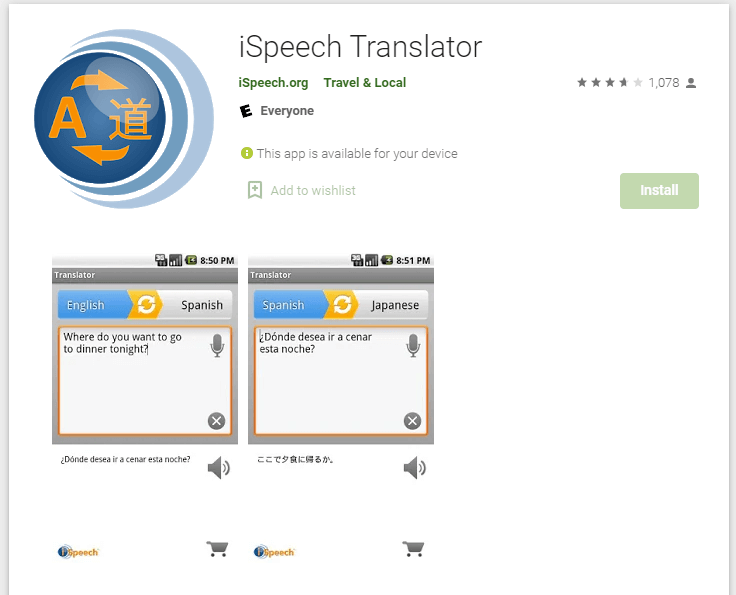 Initially, it was started as a simple text to audio converter app. Later, it emerged as a useful translator application. Along with the text to speech feature, it can translate texts instantly in various languages. Two boxes come up. One is for writing the texts you want and another one is for the translated version of the text. You can also speak in the mic instead of writing the text. This is completely free text to speech converter software.

With multiple essential features, this app is great enough as text-to-speech converter software. You can adjust speed, volume, and pitch in this app. You can also customize colors. Once you type the text, it automatically reads it. It is currently one of the best text to audio converter apps available on the Google Play Store. 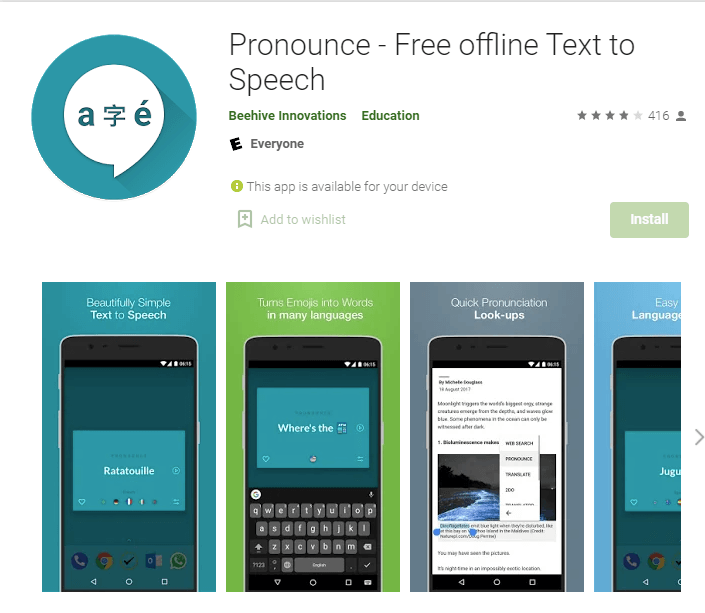 It is another good app for text to speech converter download. The best feature of it is its no-ads feature. It is a free application to be used anytime. This app converts the words, phrases into speed. It also works for emojis. If the necessary TTS pack is downloaded, this app can be used offline. However, this can be a good choice for text to speech converter software.

When you have the required feature in your device why looking for something else? Android has lots of necessary features and functions. Among them, one is its native text to speech feature. You can get access to this feature by going to the settings on your device. First, you have to go to the ‘personal’ option under the settings. From there you can go to the ‘language and input’ section. Select ‘speech’ from there and then ‘text to speech’ output. This native feature of android works well with other Google apps offering read-aloud features. 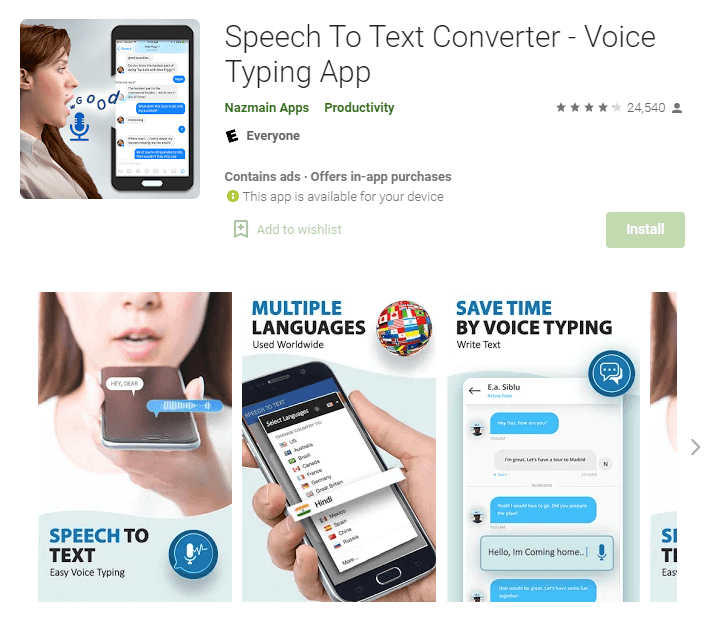 Technology has gone a long way. Along with text to audio apps, there are several Speech to Text converter apps as well. You can easily find them in the Google Play store. Google assistant is one of the best speech to text software. It helps you to perform a wide range of tasks including playing music, tracking maps. There are other similar kinds of apps like speech notes, transcribe, etc. Speechnotes is a perfect speech to text converter online app for long recordings. All of these apps help to convert your voice into text.

Conclusion: The article largely focuses on the benefits of the apps. All of the apps are described in detail to give an idea about them to the readers. Readers can consider installing them after reading their features, unique aspects, and so on. In this era of digitalization, all must stay updated about these technological advancements. These apps add convenience to our lives. The text to speech converter download can be helpful for people with low vision, reading disabilities, etc. On the other hand, the speech to text converter online apps are for easy and flexible communication during work hours. They save your time for writing long texts etc. Thus, both kinds of apps help us to make life easy and hassle-free.

A green screen is a technique. It's a green-colored background ahead of that subject's square measure recorded. Firstly green screens have...

Are you a traveler who goes around the globe and meets different people? Have conversations in different languages? Some familiar and some...

Are you a big fan of foreign movies? But unable to understand it due to lack of subtitles? If yes, then don't worry. We got you covered. In...